Despite all the death, destruction and carnage that Hurricane Irene wrought on New York City, I am still alive.

I like to chalk my survival up to my exemplary (and mature) preparation skills. I had a bottle of Pepsi, three bags of potato chips, fresh mozzarella balls, a jar of Goober Strawberry, granola bars, and a fifth of Jameson whiskey. Theoretically I could still cook if the power went out, but I’d have to light my stove by hand, and high school chemistry class taught me that I’m not dextrous or competent enough to light burners with a match, so I stocked up on things I could eat right out of the packaging. I had Tupperware full of potable water. I was five feet away from the evacuation zone. I was prepared.

Truth be told, I survived because Hurricane Irene turned out to be more like Lame-icane Irene. After a week of hype from meteorologists, Irene brought little more than a bit of howling wind and buckets of rain to my fair borough. I think I saw more “destruction” in the aftermath of Hurricane Ivan about seven years ago. Which is anticlimactic, because I was prepared, damn it. Now I’m left with a jar of Goober Strawberry that I’m never going to eat. 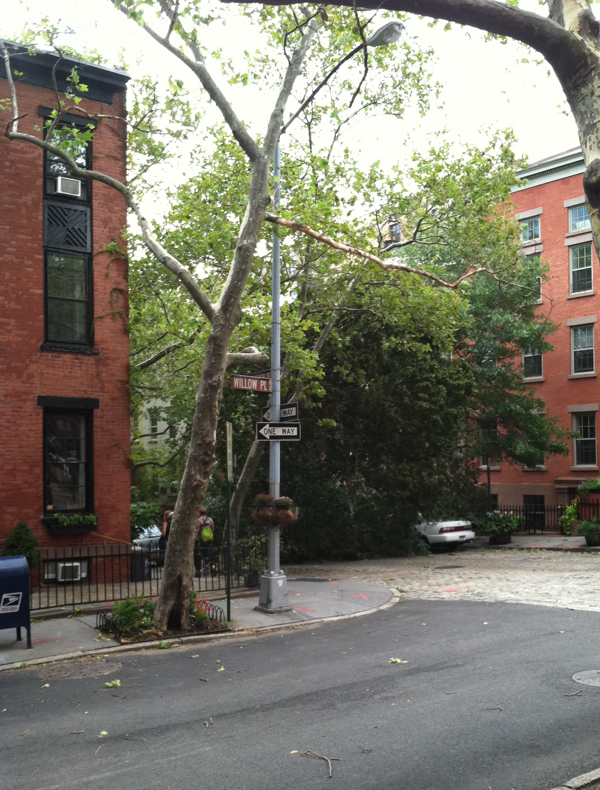 I should’ve seen this coming. I spent all last week deriding the meteorologists. I grew up in central Pennsylvania, so I’ve learned to disregard storm warnings. Every winter, Pennsylvanians get themselves in an apoplectic fit worrying about a blizzard, ransacking local grocery stores for bread and milk and toilet paper just in case they’re trapped in their warm little houses for a few days by snow. And the storms never wreak that much havoc. The roads are plowed within a few hours. Shit, last winter, I was actually trapped inside my apartment in Brooklyn for longer than I’d ever been trapped in Pennsylvania. At a party on Friday night, I met a fellow who was in one of the evacuation zones (he lived by the piers in Williamsburg), and we mocked the storm. But I think a small part of us still worried that maybe—gasp!—we’d be without electricity for a couple days.

But no. The storm only left me with barely-palatable foodstuffs.

My neighborhood did suffer one casualty, however: a downed tree that blocked the road until a squad of New York’s finest chainsawed it into manageable pieces. Even that was lackluster, though; the tree went down not with a crack but with a timid pop, and not even until five o’clock or so in the afternoon, long after the brunt of the storm had passed.

I guess, after all the worry, even the tree felt like it had something to prove.