May 26th 2011 The Girlfriend Experience

Lately there’s been a trend in indie dramas that I can’t really get behind: the faux documentary. Paper Heart was the first movie of this subgenre that caught my eye. Steven Soderbergh’s The Girlfriend Experience continues the fad. “Faux documentary” should not be confused with mockumentary. These films are not parodies of the documentaries, but rather dramas that stylistic imitate them. And unlike both documentaries and mockumentaries, they tend to be neither insightful nor funny. 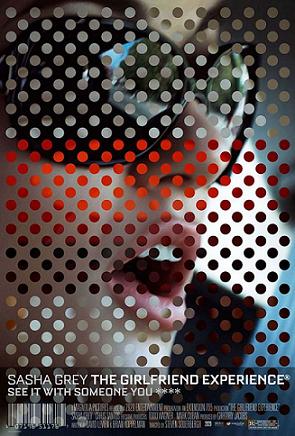 The Girlfriend Experience is a story about a high-priced Manhattan call girl, set against the backdrop of the 2008 collapse of the US financial markets. The two stories blend about as well as Hurricane High Gravity and Goldschläger schnapps. (Believe me, I know—I’ve experienced both.) Ostensibly about the call girl’s attempts to find meaningful connections in her world of high finance, the film is shot in the style of a documentary, which basically means it features terrible dialogue, worse acting, painfully awkward camera shots, and subpar sound quality. It should come as no surprise that the film cost a mere $2 million to produce.

My biggest gripe with The Girlfriend Experience is that it centers around an interesting idea—finding humanity in a sea of greed—but it never really gets around to exploring it. Like most of my own movie ideas, it has a good premise that doesn’t parlay well into a cohesive plot. Perhaps that’s because the same idea was explored in American Psycho, which executed the concept much, much better. American Psycho was about a soulless banker who tried so hard to find his humanity that he resorted to inhumane butchering in order to grasp those connections. The Girlfriend Experience hints at these vapid financiers’ struggles for true human connection, but it never develops the emotional bond necessary to feel real sympathy for the characters.

Simply put, The Girlfriend Experience tells instead of shows.

In the end, there’s not much else to say about the movie because it doesn’t say much about anything at all. While I respect Soderbergh’s attempt at experimentation, he was working with a weak script and stiff actors. Even the best sculptor can’t work with dried-out clay.