A couple Friday nights ago, I ventured out to the theatre to see Source Code, starring Jake Gyllenhall and Michelle Monaghan. For better or worse, it was the best 93 minutes of my weekend (whatever that means)—and yet, when I left the theatre in Chelsea, I was forced to ask, “What the hell did I just watch?”

Source Code revolves around US Army Capt. Colter Stevens, whose mind has been projected into that of mediocre schoolteacher Sean Fentress, a victim of a terrorist attack on a Chicago commuter train, via a secret project called “Source Code”. Through some bit of unexplained pseudoscience, Source Code allows one to relive the last eight minutes of another person’s memories. Stevens’ mission is to relive the train incident in an attempt to identify the mastermind of the bombing.

Overall, Source Code was a pretty good movie. As I have the attention span of a goldfish, “good” here is defined as a movie that didn’t make me want to fall asleep at any point. Nevertheless, the movie did feature a few “what the fuck” moments, which I’ll go into after giving the obligatory spoiler alert (and you should take that spoiler alert seriously, as the rest of the article is geared towards readers who have seen the film, anyway). 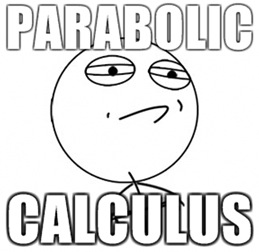 Early in the film, when Capt. Stevens asks how he can be injected into another person’s memory, Dr. Rutledge, the scientific genius behind the project, mumbles something about “parabolic calculus”. Like warp drives and the Force, parabolic calculus is a made-up thing that explains away some inscrutable plot point in a science fiction film. It’s not real. Which is fine—a lot of my favorite science fiction films contain unexplained phenomenon. But as an experienced sci-fi fan, whenever I hear some explanation like “parabolic calculus” or “an energy field that binds the galaxy together”, my bullshit detector tells me that I can just ignore the “science” in the rest of the film, because it’s all going to be bullshit. As a result, significant parts of Source Code don’t make sense. In particular, when Capt. Stevens is “sent back” to comb Sean Fentress’s memory, he’s clearly able to venture into parts of the train that Fentress would have no knowledge of—and even locate the bomb, a fact which clearly would not reside in Fentress’s memory. An astute filmgoer will notice this, and realize the claim that Capt. Stevens is merely being sent back into a simulated memory must be false—something doesn’t add up. But since the beginning of Source Code plays out like a bad science fiction movie, with its talk of “parabolic calculus”, a cinephile well-versed in terrible sci-fi movies might write off this major plot hole as bad scriptwriting.

To the filmmaker’s credit, they did make allusions to quantum mechanics and alternative realities, so the clues to make sense of the film are there—but you might miss them if you’re a cynical sci-fi aficionado like me. And I don’t even want to make a big deal about Source Code’s pseudoscience: the actual technology used in Source Code is just a tool for exploring the notion of simulation vs. reality and, more plainly, human existence. The actual mechanics of the film don’t matter.

Even so, Source Code’s “parabolic calculus” reminds me of the use of humans as batteries in The Matrix. Sharp-witted Matrix fans will note that the bioelectrical and thermal energy output of humans is negligible compared to the energy we need to take in (hence why we eat). Using humans to power machines would be incredibly inefficient at best, and most likely impossible. This point was not lost on the Wachowski brothers; I have heard that the original concept for The Matrix called for humans’ brains to be used for their processing power (although I can’t find a reputable source for that claim), but this idea was lost on the test audiences, so they went with humans-as-Duracells. Likewise, Source Code punked out by washing over the science behind the Source Code device. It would’ve been better to have not mentioned “parabolic calculus” at all.

I have a feeling that a lot of concessions were made to make Source Code more palatable to American audiences. In particular, one subplot features Capt. Stevens’ strained relationship with his father, but the source of that tension is never explained; this subplot seems to be present mostly to wet some eyes—practically a requirement in an American movie, but one that hardly seems necessary in an already emotional film (assuming you find human identity and existence to be emotional, that is).

Despite those concerns, Source Code is a well-made film that raises some interesting questions about the nature of reality and human existence, although instead of really trying to answer those questions, it goes for a romantic slam dunk that, as noted prior, will appeal more to American audiences that don’t like to think about ugly metaphysical ideas too deeply. Oops, there I go, making snarky comments when I’m honestly trying to compliment and even congratulate the filmmakers on their enterprise. Seriously though, Source Code was well worth the $15 ticket and two hours of my time, and presents ideas from both quantum mechanics and metaphysics in an entertaining way. Source Code will definitely elicit a lot of discussion from both me and other nerds, although I’m not sure it’s a film I’m anxious to watch again.